Governor Larry Hogan led a four-day summit with the nation’s governors in Washington this past week. As Chairman of the National Governors Association, Governor Hogan is holding a year-long series of events in Boston, Detroit, Phoenix, Australia, and Canada focused on rebuilding America’s crumbling infrastructure.

On Friday, Governor Hogan spoke at POLITCO’s 10th annual State Solutions conference, where he shared his thoughts on the recent impeachment proceedings. Hogan criticized both sides in Congress for failing to “do its job” of providing “a fair and objective” process, stating that he has more faith in the American people than Congress to evaluate President Trump.

On Saturday, Governor Hogan moderated panels with business leaders and Canadian premiers focused on driving innovations for modernizing America’s infrastructure. While Washington fails to act on America’s infrastructure crisis, “governors in every state are making progress.” In Maryland alone, there are “800 road projects under construction totaling $9 billion,” which includes “every single top priority road project in the entire state.” In addition, Hogan has invested record $14 billion of funding into transit, begun construction on “the largest P3 transit project in North America,” negotiated a solution to save the Metro system, and advanced a regional interstate traffic plan. Following these plenaries, Governor Hogan introduced Secretary of State Mike Pompeo for his keynote address to the governors.

Later in the evening, the South Korean Ambassador hosted the governors at his residence. In a video message at the event, South Korean President Moon Jae-in greeted Governor Hogan as a “son-in-law of Korea.”

On Sunday and Monday, Governor Hogan attended the Governors’ Ball at The White House and engaged in discussions with the President and White House staff at the White House Business Session. Hogan also met with actor Chris Evans to discuss promoting respectful discourse and civil engagement. 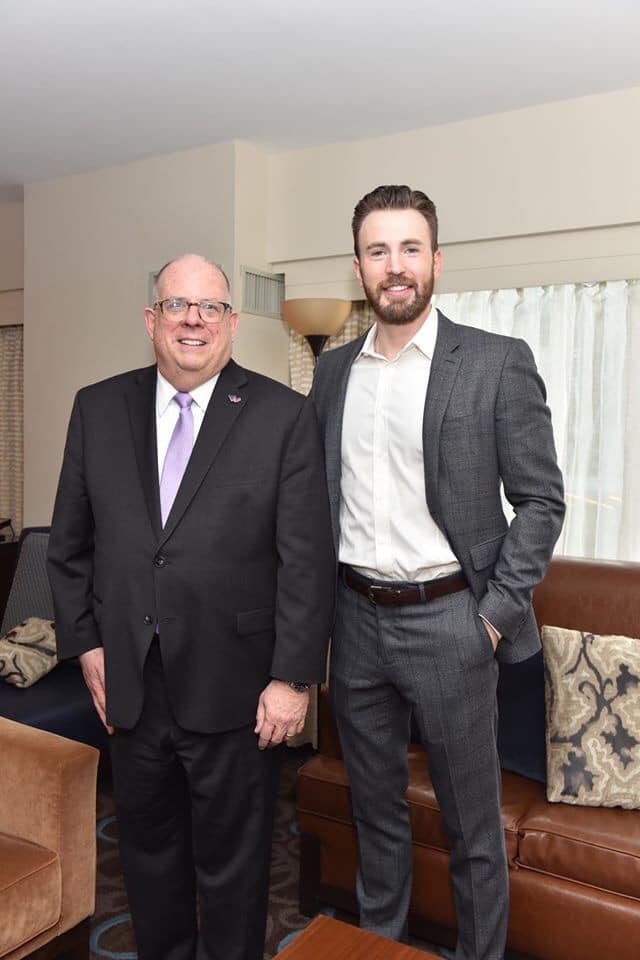