Yesterday, the American Medical Association (AMA) presented Governor Hogan with the Dr. Nathan Davis Award for Outstanding Government Service. According to the AMA, Hogan has set “an example for the rest of the country” by keeping “his promise to focus on bipartisan, commonsense solutions in the area of health care.”

Upon taking office, Governor Hogan worked with a bipartisan group of leaders to design a new “Maryland model” for health care that has been called the most innovative in the nation, saving billions of dollars in unnecessary costs.

While the health insurance market was on the brink of collapse in 2018, Governor Hogan worked with the legislature to pass critical reforms. As a result, Maryland’s healthcare premiums have declined by double-digits for two consecutive years, even while rates have continued to rise nationally. Hogan was also the first governor in America to declare a state of emergency to respond to the opioid crisis, reducing opioid overdose deaths for the first time in a decade.

Governor Hogan’s achievements in this area reveal that it’s possible to make bipartisan progress, even on an issue as divisive and partisan as health care. 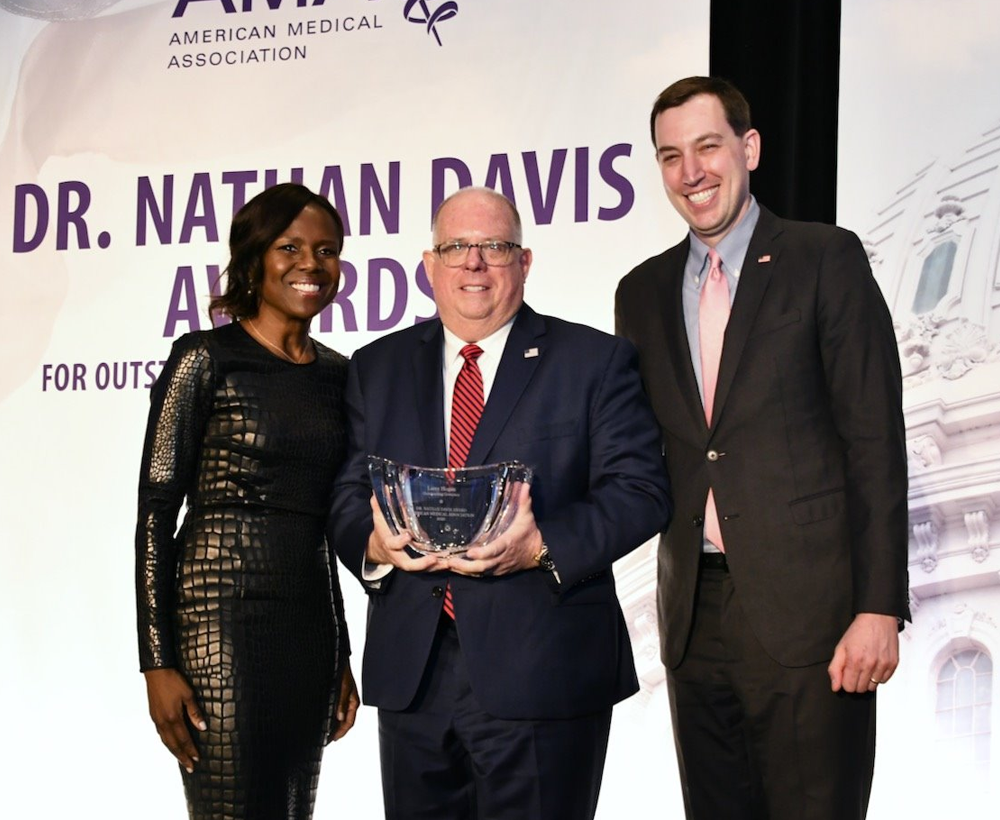