Governor Hogan met virtually with a bicameral meeting of the bipartisan Problem Solvers Caucus this morning to discuss their “March to Common Ground” proposal and to provide an update on the bipartisan interstate rapid testing compact.

Last month, Governor Hogan successfully negotiated a historic bipartisan interstate compact with the Rockefeller Foundation and ten states – including five Democratic governors and five Republican governors – to acquire 5 million rapid-response COVID-19 tests. This new generation of accurate tests delivers results in 15 to 20 minutes, providing a vital tool to detect and contain potential outbreaks. Maryland has already acquired 250,000 of these tests, which will be deployed to nursing homes, assisted-living facilities, and correctional and juvenile detention centers across the state.

Ahead of the meeting, Governor Hogan released a statement thanking the Problem Solvers Caucus for “efforts to reach a bipartisan compromise on much-needed COVID19 relief” and for “including $500 billion of critical aid for state and local governments.” As Governor Hogan wrote, “the American people can’t afford for Congress to punt this issue until after the election. It’s time for the rest of Congress to follow the lead of the Problem Solvers Caucus, put politics aside, and pass a real and meaningful agreement.” 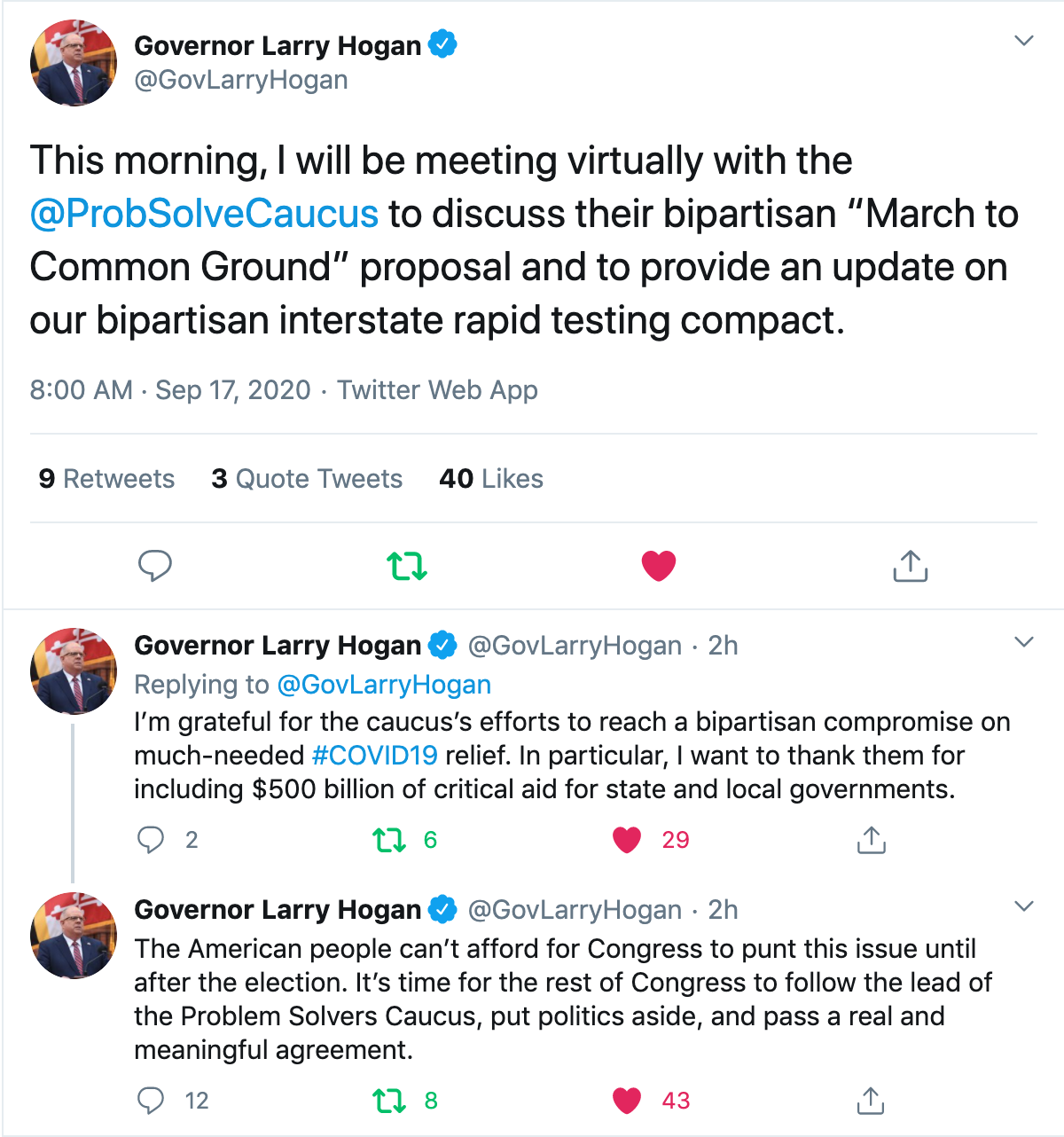 The meeting included the following participants: