Governor Hogan called on Washington to “put aside the politics” and pass another round of COVID-19 relief for the American people.

Noting that the “failure to pass relief is already harming our nation’s health and economic recovery,” Governor Hogan argued “the American people can’t afford to wait until after the election.” 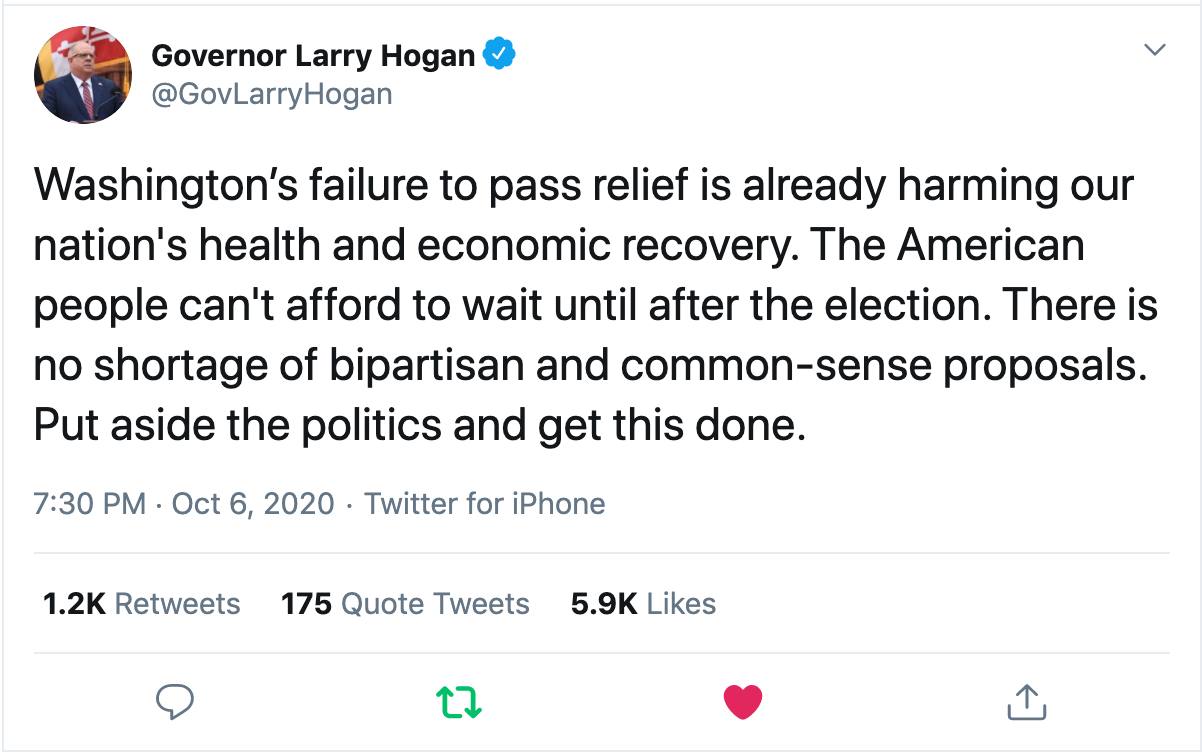 Governor Hogan has been pushing for Congress to take action on this issue for months, recently meeting with the bipartisan Problem Solvers Caucus to discuss their “March to Common Ground” proposal. In June, Governor Hogan penned an op-ed in The New York Times calling for action.

Governor Hogan wrote: “In past times of war, natural disaster and economic depression, Americans have put aside partisan bickering to find common ground on the urgent challenge right in front of us. In that spirit, Congress came together to swiftly pass the CARES Act to deliver aid for America’s businesses and workers. That is what is required of us once again. We cannot stop now.”